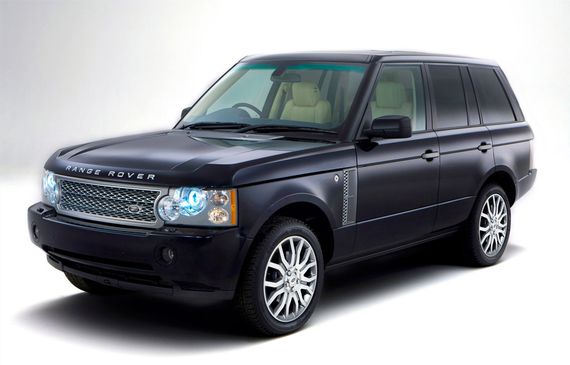 Girls love a guy in a truck, because it says you can help them move furniture, said Patti Stanger, CEO of matchmaking service Millionaire Club 123. Land Rover

From hairstyles to hypnosis, Patti Stanger, CEO of matchmaking service Millionaire Club 123, knows exactly what it takes to make a match.

I caught up with Stanger who also stars in the reality series “The Millionaire Matchmaker” while she was promoting her book “Become Your Own Matchmaker” for advice on the best cars for attracting girls.

Hands down, Stanger recommends a Bentley Continental GT. “It says, I have money and will shower you with gifts and attention,” says Stanger. On top of it, it says classy.

Other top contenders include the Mercedes Maybach, which is even more expensive and impressive than the Bentley. “It says Gazillionaire,” explains Stanger.

However, she said she’s not a fan of Ferraris of any sort–the typical go-to sports car–which screams “little dick” to Stanger.

“If you want to be off-the-beaten-path with a real sports car, you get a Viper,” says Stanger.

However, the regular viewers of her show know that the same American muscle appeal doesn’t work with yellow Corvettes, which Stanger says are “uglier than ugg.”

Then there are the classics that Stanger said she likes; the “I have money but I’m still practical” cars, such as the Mercedes SL55 AMG, and Jaguar XKR. These are the cars that look expensive, but aren’t “off the wall,” says the Millionaire Matchmaker.

If you’re in daddy mode, pick an Escalade or, Stanger’s personal favorite, a Range Rover.

“I like guys in trucks because it says ‘rugged hunter,’ ” she explains.

Granted, Stanger caters to a decidedly well-heeled crowd–all of her clients are millionaires. Her advice may be good for the monied set, but not every guy can afford these high-end vehicles.

However, that’s no excuse for driving a beater.

Stanger points to the unprecedented sales and incentives for American automotive products.

“There are huge deals on cars now; you can make really good deals right now. Girls respect a guy with a truck. It says you’ll protect me, take care of me, and help me move furniture,” she says of the vehicle stereotype.

However, the important thing is that you don’t buy outside of your economic bracket.

“Buy what is practical for your budget,” she says. That same standard applies to those at the higher end of the spectrum.

“If he’s making millions of dollars and driving the 10-year old Corolla, we have a problem here,” says Stanger. “The exception is the Prius, because it shows he cares about the environment.”

And regardless of what you drive, every guy should demonstrate basic car etiquette, which means a man must open the car door for his date, even if it has automatically unlocking doors.

“It says protection and I love you,” says Stanger of the gesture.

But chivalry doesn’t end at the door. Stanger also advises that when the car stops short, you put your arm out to protect her. Don’t smoke, and ask her what music she wants to hear. Set the air conditioner to her temperature preferences and have water bottles for the two of you.

“In other words, keep it clean,” she says.